Situated at crossroads linking North Europe & Silk Road, this is a market place since 12th century.
Today it is one of the largest squares downtown Bucharest.

“An incredible delightful show of water, fire, lights, holograms and great music from all genres and for all ages.
This is probably the largest and most beautiful musical fountain in the world.
Definitely a MUST SEE !”

It worth to climb the Mitropoly Hill dominating the Union Square to see the entire Patriarchal Ensemble.

Home of Romanian Orthodox heads of church, Bucharest Patriarchal Ensemble is located on Dealul Mitropoliei (Mitropoly Hill).
At the middle of the 17th century (1653) the grapevines of country’s voivode and those of Mitropoly’s monks covered it.
The ensemble includes the Church and Palace of the Patriarchy and the Patriarch’s Residence.

This is the spiritual center of the Romanian Orthodox Church and in consequence the most gilded church in the country.

Built in mid 17th century (1656-1658) as monastic church, it became a Metropolitan Cathedral in 1668.
Since the setting up of the Romanian Patriarchy in 1925, it has been a temporary Patriarchal Cathedral.
Rumors say the church rehabilitated between 1932 -1935 is connected underground with the Parliament Palace.

October 26th is the day of Saint Dimitrie. Every year, before this date the Romanian Patriarchy organizes several Christian events bringing together people from throughout the country.
The patron saint of Bucharest, Dimitrie’s earthly remains rest in the Metropolitan Church for years.
His shrine is one of the country’s most sought after pilgrimage places.
Despite the usually cold weather, about 15,000 people gather to hear the Holy Mass.
The Patriarch and a synod of high church officials officiate this.
And the Holy Path procession with Saint Dimitrie’s relics cover the whole way to the foot of the Patriarchy Hill.
During the entire period, over 50,000 of pilgrims come here.

For our guests only: exclusive pilgrimage

You will find Orthodox world’s visual wonders scattered within the incomparable splendor of Romania. Fortunately you can spice them with Catholic, Muslim and Jewish inserts.
(Some gates open by invitation only.)
As a special guest you can benefit during several hours of:
– private talks,
– viewing of an impressive collection of precious books and world literature,
– service attendance,
– or even visits of three stars Michelin Green Guide sites and meals cooked by nuns.

Don’t let this ship sail without you. Get exclusive access now !

Architect Gheorghe Simotta built it between 1932-1937, on the former place of a home for monastery's abbot raised by Constantin Serban Carnul.

In 1688 Radu Leon called the monastery, country’s mitropoly, restoring and extending the old abbot’s dwelling.
Between 1932 and 1935, architect Gheorghe Simotta adds a body to the palace.
Today this is the palace’s main body, made up of:
– Throne’s Great Hall,
– Patriarchate Chancelleries,
– Patriarch’s apartment and
– several other rooms.

According to 17th century's customs, legislative power seat was placed in the middle of a religious complex for 2 reasons.

First, the Metropolitan was by law the boyars’ president, the only citizens with the right to vote.
And second, by tradition the Metropolitan could not leave his residence.
Therefore, organizing Deputies Assembly at Mitropoly becomes normal.
So they transformed some of monks’ cells into the princely divan building, where they held the legislative sessions.

The plate on Patriarchal Palace’s certifies that on January 24, 1859, within this building, the electoral assembly elected Al. I. Cuza as Prince of Wallachia this way achieving the union.
The palace served as seat of successive Romanian legislatures:
– during the Kingdom of Romania here it was the Assembly of Deputies.
– during the Communist regime it became the Palace of the Great National Assembly (Palatul Marii Adunari Nationale).
– after 1989 Revolution the Chamber of Deputies moved here.
Romanian Patriarchy (Patriarchate of Romanian Orthodox Church) owns the palace since 1997 when parliamentarians vacated it.

In the second half of the 19th century (1881) an amphitheater was added to the old princely divan. Spacious, stylish and well-decorated it had 2 sets of private viewing boxes and one gallery.
Only few years later a similar one will be built in Berlin (within Reichstag building, which is German Deputies Palace).
Meeting hall’s seats are arranged in a semicircle in front of the tribune on its right being the ministers’ bench.
The public could visit the palace when no sessions.
Romanian citizens could attend the sessions only if a deputy signed their entrance ticket.
Foreign citizens needed the signature of their country’s embassy.

Palace of the Assembly of Deputies

At the begining of the 20th century (1907) the present-day palace replaced the former princely divan. The team of architect Dimitrie Maimarolu designed it in Neoclassic style with an imposing ground floor
The entrance peristyle with 6 Ionic columns and cupola are similar to those of the Romanian Athenaeum.
A golden eagle is on top of the cupola.

Palace of the Great National Assembly

During the socialist period, the edifice functioned as the headquarters of the Great National Assembly. This was the supreme body of state power of the Socialist Republic of Romania. 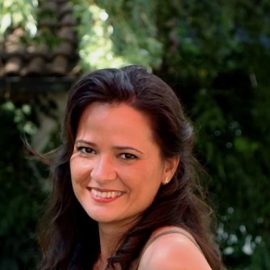 See you all back here soon for more free tips, picked expressly for you.
Meanwhile feel free to address me any question you might have about Romania.
And to share this with anyone who might find it useful or interesting 😉
Happy tours !