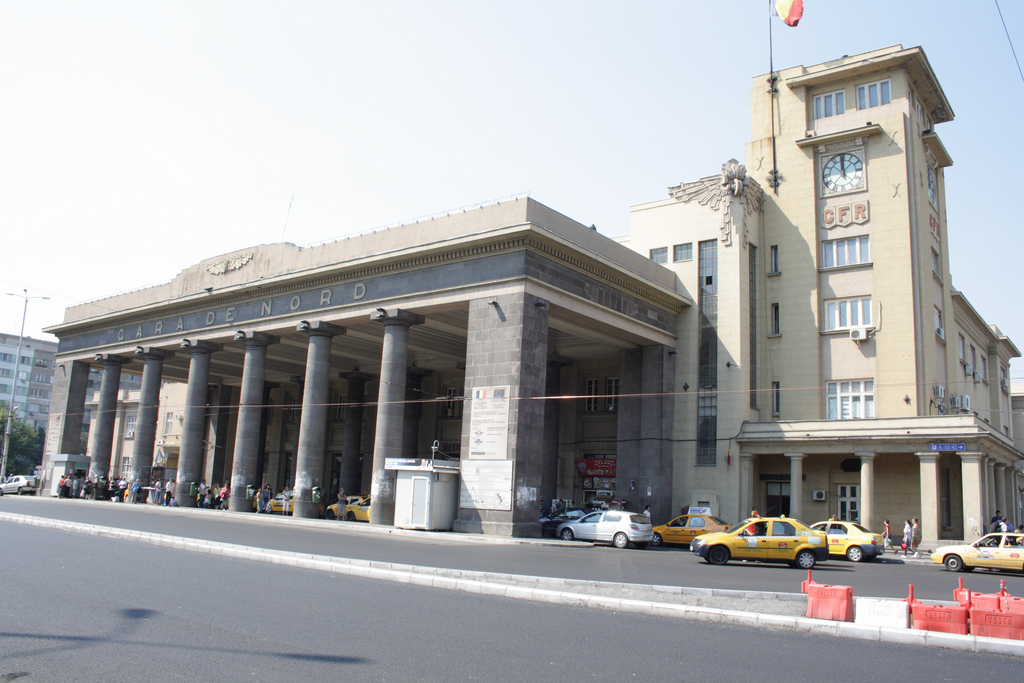 Owned by CFR (Romanian Railways Company) Bucharest North is the end of the line and it currently has 8 platforms and 14 tracks.
According to some estimates from 2009, North Station serves daily about 200 trains and about 10,000 people.
Their number is higher in winter and summer.
Then, they put into circulation additional trains to the seaside and Prahova Valley.
The only periods when traffic in the station is approaching 15,000 people per day are those around religious holidays. 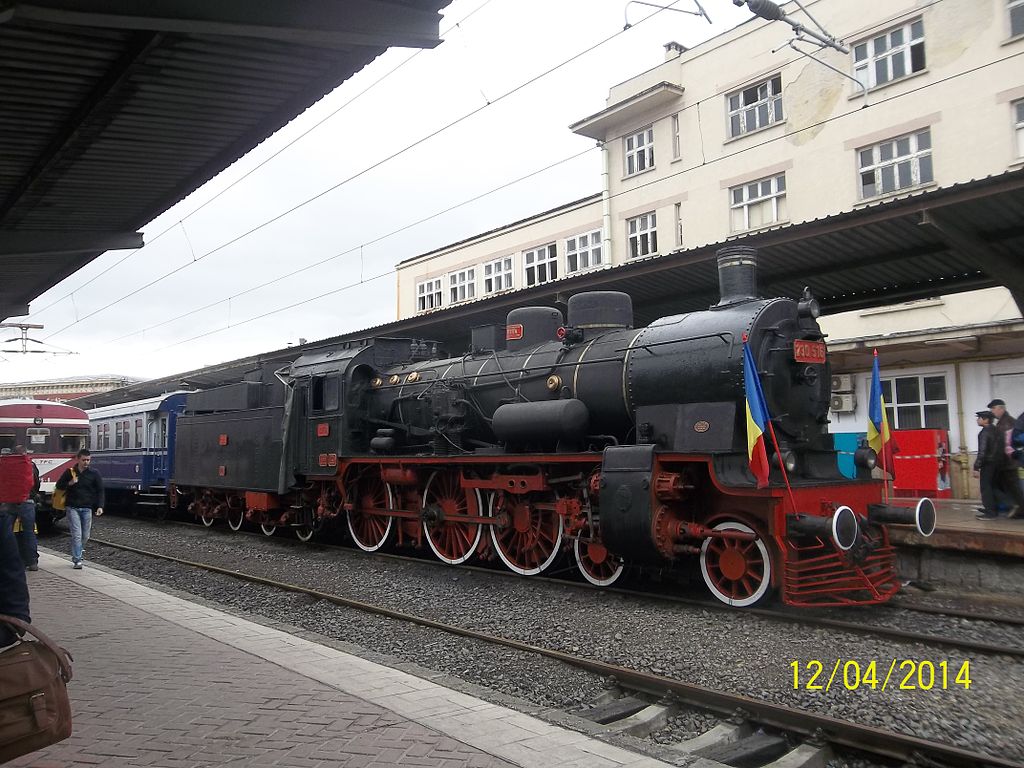 The story of North Station in Bucharest begins in September 1868.
They placed the first foundation stone in the presence of King Carol I of Romania.
His Majesty chose its place.
The construction of the U-shaped structure finished in September 1872.
Then they put in service the first railway on the route Roman – Galati – Bucharest – Pitesti.
At the beginning they named it after Targoviste Road nearby (Calea Targovistei nowadays known as Calea Grivitei).
Only in 1888, the station received the current name.

Initially this station was not designed to become Bucharest’s main station.
But in time it became the most important railway hub of Bucharest and Romania.
The North Railway Station has begun to become scanty even since 1880.
Between 1895-1896 they built a new wing of the station that included a “Royal Hall”.
This was due to  the visit of Emperor Franz Joseph of the Austro-Hungarian Empire.
In 1928 the station had 6 departure tracks and 4 arrival tracks.

North Railway Station, the building that should not have existed

North Railway Station had an impressive destiny witnessing many important historical events.
The first was the visit of Tsar Alexander II of Russia in 1877.
In 1943 Marshal Alexander Averescu held a speech in front of the crowd gathered within North Railway Station.
During the World War II, North Station played an important part in the Romanian railway network.
And it was the main departure point for troops headed to Eastern Front.
So in 1944, during a campaign aimed at the Axis supply lines, Allies heavily bombed the station and its surroundings.
In December 1947, Bucharest North Station witnessed the return in the country of His Majesty King Michael I.
The most important railway hub in Romania remained standing not only in spite of the 1944 bombings but also of Ceausescu’s initiative to demolish it.

The period between 1950 and 1990 saw a very high increase of rail traffic.
But since 1990 the number of passengers has decreased several times, a process that has occurred in all of Romania.
The last restoration of the building, included on the list of historical monuments, took place between 1997-1999.
Restored and modernized, Bucharest North Station could become a high-speed train station.
And a real commercial center, like shopping malls, as a point of attraction for travelers and railway operators.

See you all back here soon for more tips, picked expressly for you.
Meanwhile feel free to address me any question you might have about Romania.
And to share this with anyone who might find it useful or interesting 😉
Happy tours !