Exquisite landscapes. Gourmet dining. Old world hospitality. Contemporary conveniences and comfort.
Tell us how much free time you have and what you like.
We’ll tell you how to best spend it in Transylvania (Romania).
With complimentary tips, gifts and VIP treatment !

There’s something overpoweringly alluring about truffles, and it’s not just the smell.
The power they exert over food lovers is strong.

Truffles are one of the most expensive and most popular culinary delights.

These grow in some oaks, hazelnuts and pins forests, 10 to 40 cm underground.
Truffles require special soil with a particular pH.
French and Burgundy truffle are suitable in Romania.
The firsts in the south and west of the country and the lasts in the north.
With its still unaltered soils, Romania has perhaps the cleanest agricultural land in Europe.
European Union provides funding for forestation or hazelnut culture.
So indirectly it funds the truffle culture in Romania, which is still a baby.

Among many other advantages, truffles culture:

Truffle hunting is a truly recreational activity for all nature lovers.
During this, trained dogs from Lagotto Romagnolo breed search a certain specie of mushroom.
This indicates the place of the truffles.
Now that we finished the briefing, are you ready for adventure? 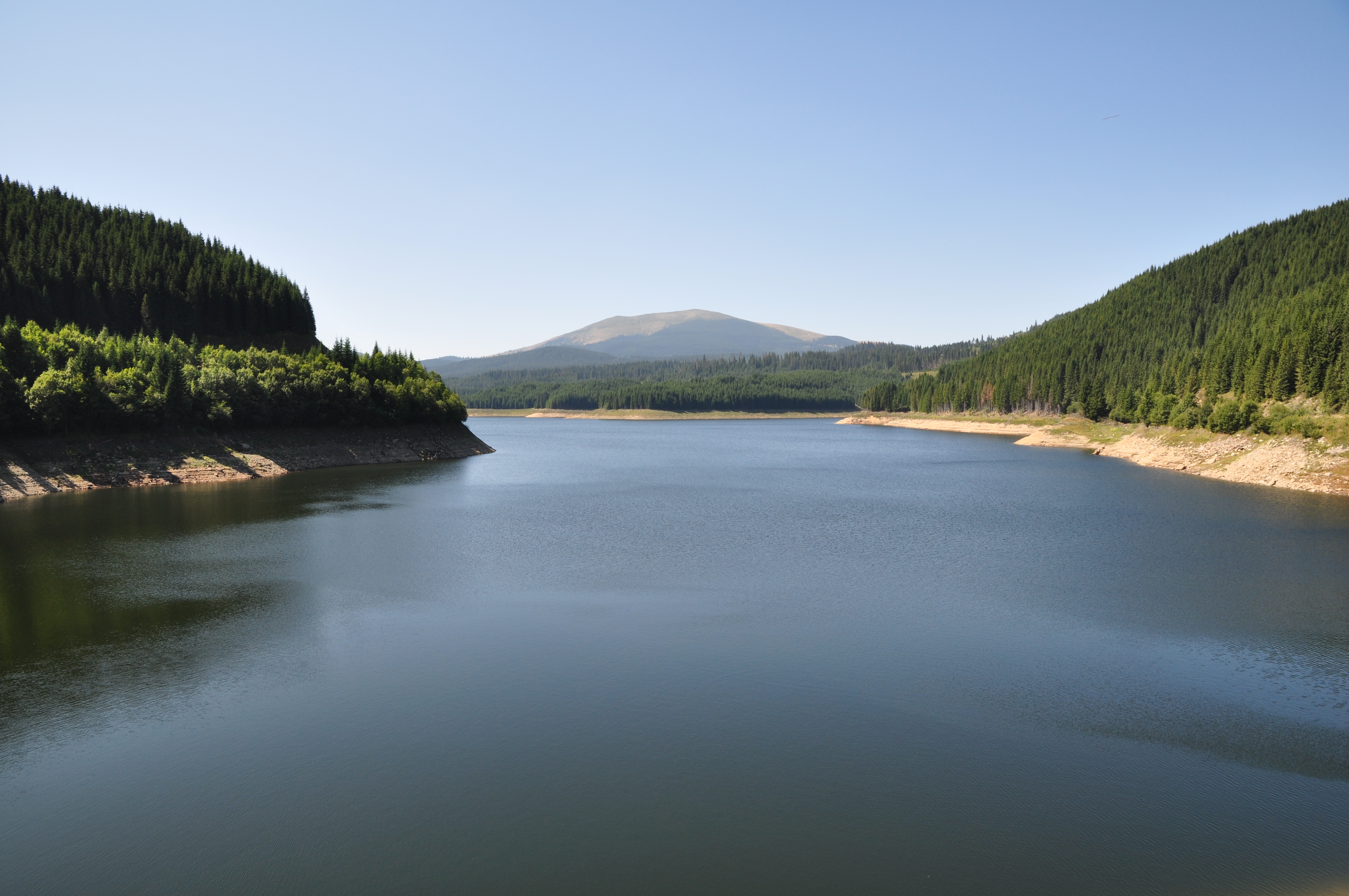 In this wonderful experience, we’ve crammed in:

Last but not least you will also see the sun rising twice in the same morning to ensure you get the most out of your truffle experience.

The spectacular canyon has only 1.5 km.

But its fascinating vertical stone walls make you feel small and insignificant in front of nature.
Both climbing enthusiasts and passionate photographers frequently come in this place.

At the beginning, this was only a path in Parang Mountains (Southern Carpathians).
Only shepherds from nowadays Marginimea Sibiului used it.
During Dacia’s invasion, 2000 years ago, on their way to Sarmizegetusa,
Romans armies built this superb road.
Under the reign of Carol II,  in 1930, it became practicable being cobble stoned.
This is the reason why locals call it King’s Road.
German troops rebuilt it during World War II.

In 2007 the spectacular TransAlpina road became a modern highway.
Now it allows fast transfer (148 km) between Oltenia (Bengesti, Novaci, Gorj county, Wallachia) and Ardeal (Sebes, Alba County, Transylvania).
If no rainy weather, this is a great alternative to the heavy traffic on Olt Valley.
Due to the high altitude, unconsolidated versants and missing parapets on large portions,  TransAlpina is not an extremely safe road.
So, upon snow layer thickness, it is closed during cold months: between November 1 and April 15 at the soonest.
The sector between Ranca and Curpat is open only between July 1 and October 31.
Along the winding road there are plenty of attractions: from fir forests to the lakes and dam from Oasa area.
The turns and upward slopes are a real challenge for drivers whom give emotions but also for… cars.

Habsburg authorities built the citadel to strengthen their rule in Transylvania and defend empire's borders from Turkish invasions.

Italian architect Giovano Morando Visconti made the plan of fortress erected in the 18th century.
Marechal Vauban, engineer to King Louis XIV of France, invented its 7 pointed star shaped design.
With 7 bastions and 6 gates, the imposing citadel is the most representative Vauban fortification with bastions in Romania.
Many myths and legends relates to it, some closer to reality than other.
They say it was a forbidden city until 2005 because it was a military unit.
They also say there is a Mathew bible from year 800 in the library.

* Its Gates Tour is a must…

...as it includes all 3 military fortifications from historical area of Alba Iulia:
- Roman Castrum of XIII Gemina Legion,
- Medieval White Fortress of Balgrad and
- Vauban Fortress.

It also includes the entire route of Alba Carolina Fortress Ditches.
You can still see a major segment of original stone floor of the 5th gate’s arched passageway.
Several mobile bridges allow access connecting some of the gates, as it was 3 centuries ago.
Manutanta’s building is one of the first buildings raised by Austrians within citadel.

Constructed under Emperor Hadrianus, for over 100 years without interruption, Apulum was headquarters of Legio XIII Gemina.

Principia Site – the former headquarters of Apulum Roman Castrum – became a museum unique in Romania.
Guides dressed in Roman uniforms tell you about the Roman garrison artifacts.
And kids have the occasion to wear the Roman uniform.

Enjoy a journey through history from the Middle Ages to the present.

For this you only have to pass the citadel’s bridged gates before the spectacular Changing of the Guard.
This happens promptly at 12 pm every day so make sure you have an unobstructed view of the Royal Guards.
In the stunning medieval surrounding an unique show starts.
On the fortress main alley, Royal Guards march in procession, completing an elaborate changeover in the sound of drums, horses and cannons.

On December 1st, 1918, Union Hall – located within former Austrian-Hungarian Army House – accommodated 1228 delegates.
These voted for the union of Transylvania, Banat and Maramures with Romania.
During the 1968 restoration, communists plated Union Hall with Romanian marble.
They removed all details reminding of Romanian Kingdom, replaced the French canvas paintings with Romanian frescoes.
They also unveiled nearby the Voivode Michael the Brave’s equestrian statue.
The exhibition open here features:

In the evening, breath the history’s air during an original medieval feast held in the former Gun Powder Hall of the fortress within Southern wall.

Set right in the heart of the citadel, Pub 13 Restaurant has authentic medieval atmosphere.
The original basic architecture of the hall – still preserved and unique in South-Est of Europe – is of remarkable technical ingenuity.
A column shaped like the foot of a mushroom supports the vault of the almost circular hall.
The vault itself has the interior shape of the mushroom hat going down flared to the contour of the floor.
Lots of officials and celebrities have passed its threshold looking for the special ambiance here:
~ Romanian actors, writers and singers, sportsmen and designers, prime ministers,
~ foreign commercial attaches, mayors, ministers, parliamentarians, State Secretaries, UN representatives, consuls.
Lonely Planet says this is one of 10 best restaurants in Romania and probably the best restaurant in Alba Iulia.

First living museum in the country opened in a secluded, formerly self-sufficient mountain shepherds village with only 14 old inhabitants.
Village’s delights will make your head turn !
Boasting spectacular scenery and views towards the mountains peaks, Tecsesti is the hidden gem of Alba County.
It has:

And while it enjoys a quieter pace, there’s no shortage of things to do.
You have the unique opportunity to experience the life of our ancestors.
Farm, engage and nourish yourself like in the old times.
Enjoy a variety of cultural activities, camps and Nedeia Festival !

Carpathian Mountains, the lung of Europe, hides in its western side Trascau Mountains.
For Norbert, the truffle hunter that will accompany you all the time, the forest here has no more secrets.

Just follow Norbert, relax and have fun.
For sure you will love the very wild beauty of this Transylvanian forest. 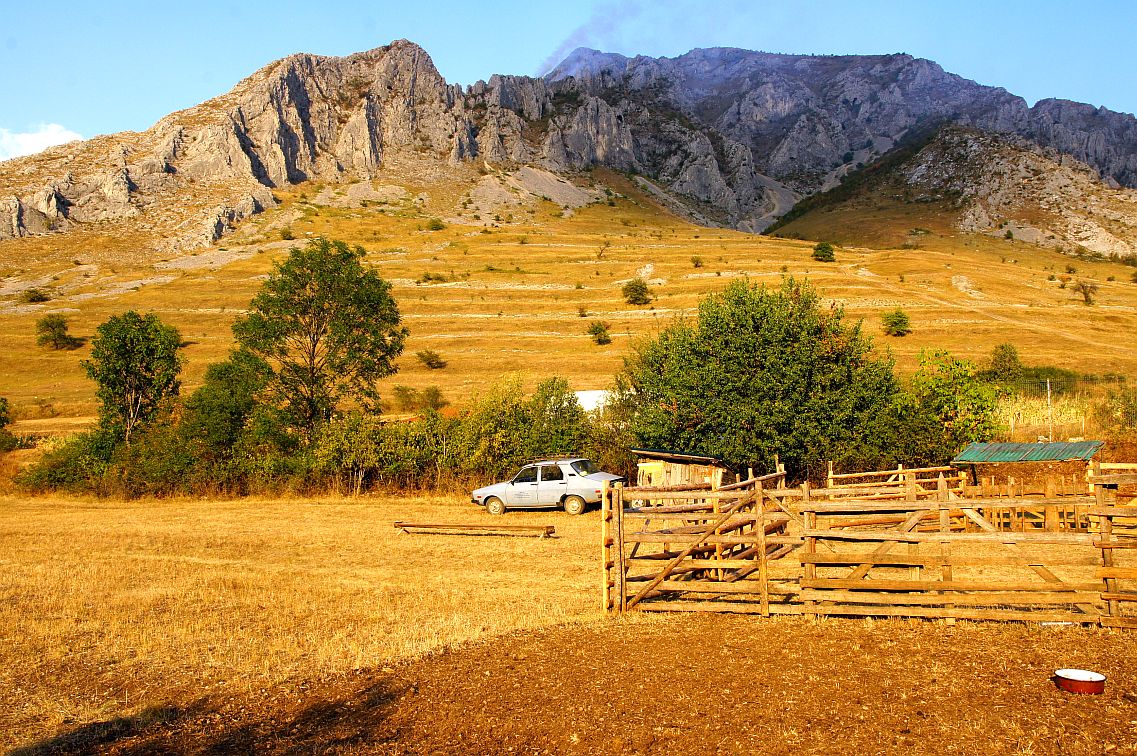 One of the most beautiful villages in the country is on the 4th place on the list of Romanian landscapes unique in the world.
This tiny magical village is the only place in the world where the sun rises twice a day.

The steep slopes bordering this spectacular place create this impression.
Hidden in an immense granite bucket, the settlement with white houses has a privileged natural position.
Its picturesque steeps are more forested in the western part than where Piatra Secuiului (1128 m) dominates.
Named after nearby Trascau Mountains until 1960s, the village name changed into Rimetea in the last 20 years.
Famous for its troubled history, extraordinary architectural heritage and wonderful landscape opening as far as you can see.
Awarded in 1999, for conservation of cultural and architectural heritage, the village now awaits the inclusion in UNESCO World Heritage List.